THANKS TO OUR GENEROUS SPONSORS

Our mission is to provide information on therapies, support services, and resources for families and individuals impacted with autism spectrum disorder (ASD) and related disorders. We provide programs, events, community outreach, support, guidance and opportunities to meet others with similar needs and concerns.

Families for Effective Autism Treatment, Inc. (FEAT) is a non-profit organization of parents and professionals, designed to help families with children who have received the diagnosis of Autism Spectrum Disorder (ASD), including Autism, Pervasive Developmental Disorder (PDD), or Asperger’s Syndrome. We offer a support network where families can meet each other and discuss issues surrounding autism and treatment options. FEAT has a Board of Directors that meets monthly to discuss issues, establish priorities, and vote on the direction of the organization.

FEAT publishes e-bulletins on current events in the Southern Nevada area, as well as changes in national policies and medical breakthroughs that affect our children. FEAT conducts tutor trainings in order to provide families with home programs a source of dedicated tutors for their children. FEAT also conducts yearly family outings such as Picnics and other parties where families of children with autism can gather, network, and enjoy the day.

In the next three years, FEAT envisions expansions of their facility, staff and operating budget to enhance programs, events and services to individuals diagnosed with ASD and their families. We will accomplish this by:

Perspectives on the Founding of FEAT Southern Nevada

On June 13, 1996, I left Las Vegas to attend a F.E.A.T. conference in Oregon. It had been approximately four months since I had realized that my three-year-old son was autistic and I was still very much in the mourning process. I was dealing with a feeling of hopelessness and uncertainty every day and was searching for any information on early intervention that I could get my hands on.
On the plane I happened to overhear a conversation a woman was having across the aisle. The women mentioned she had two daughters and that she and her husband were going to Portland to attend a conference. I immediately asked what conference they were going to and she said she had a three-year-old daughter with autism and was attending the F.E.A.T. conference. Jan and Allen Crandy and I talked nonstop for the rest of the flight (the rest of the weekend actually) about our children and the services that were available. We shared all the information we had both gathered in our search on our children’s behalf.

At the hotel I shared a room with Christina Perelaz. Again we talked constantly and shared our experiences as parents of autistic children.
The first day the speaker was Ivar Lovaas. He presented videotapes of children in therapy and described in detail how Behavior Modification worked. But the most inspiring part of the day for me was watching a tape of a 3-1/2 year old boy from Reno, Nevada at intake into the Lovaas clinic. The child appeared on the video repeatedly slapping his face and screaming when he was asked to do any simple task. Ten months later, he was sitting with a group of therapists and engaging in a normal age-appropriate conversation. That evening we had dinner with the child’s parents. They informed us he is now in a regular first grade class and not because he is mainstreamed.

That’s when it sunk in that recovery is actually possible.

Jan, Christy and I made a rush for Lovaas after the talk and explained the difficulty of getting workshops in our area.

That evening we were so motivated we wanted to try and change the quality of life in Las Vegas for children with autism. We realized how wonderful it would have been if we had been given more information when our children were diagnosed; something that could guide you through those first difficult months. How much time it could have saved us and we wanted to make this kind of information available to other families.

The second day, we heard Tristam Smith, from the Lovaas Site in Washington and Bridget Taylor, the graduate student from the book Let me Hear Your Voice. She now has her Ph.D and runs her own school for autistic children. They showed more intake videos of various children and showed them in live therapy sessions. The children came out on stage and although they hadn’t totally recovered they were happy, and to me, acted like normal four or five year olds.

That evening we listened to Temple Grandin, a high functioning autistic adult. She was so informative and explained how it feels to be autistic.

It was a great conference and by the end of the third day we had set the foundation for F.E.A.T. of Southern Nevada and have seen a lot happen in a short four weeks. I left the convention feeling that the future was indeed brighter for children with autism now that it had been just 10 years ago. I was reassured that people all over the world continued to do research and find new treatments. We have no idea all that our autistic children are capable of. I believe behavior modification can improve the lives of all children no matter what their age. For some, behavior modification can actually recover them to a point where they are indistinguishable from their peers.
-----Kristine Daniells-Silva

The second week of June, three families (myself included) ventured to the Pacific Northwest Early Intervention Conference sponsored by F.E.A.T. of Oregon in Portland. Searching for answers and hope about our autistic children. At the conference we were thoroughly awakened to a different approach to autism (different from the status quo we experienced in Las Vegas).

Through our own stubbornness, and the willingness of the delegates to share with us during the conference, we were able to set up workshops for our families and one another. Workshops in Behavioral Modification, through the UCLA Lovaas program.

It is our contention as parents that the best-known treatment for autism is an early and intensive training program for our children. To get our children connected to an early age and to keep them connected. It is through this belief that upon return from Portland we resolved to not only help our children through this approach, but also to get the message out through an organization such as F.E.A.T., so that the diagnostic labels of autism and PDD, NOS would not be the no hope diagnosis they once were. That there are things that we as parents can do to help our children to improve. And yes you probably will hear from my lips the word “recover”, which many in the autistic field do not believe in. I do believe that my child through the early and intensive treatment program we are putting together can improve and recover!

In the beginning, FEAT ignited change. Children were not properly diagnosed prior to the age of 6, they received minimal services not geared to the needs of children with autism and intensive intervention was not an option in Southern Nevada.

Today FEAT's principals of helping all children in Southern Nevada are still very much alive. Early diagnosis and appropriate services are now possible. Support and empowerment exist. There is hope because of the following individuals:

Our original FEAT president, Allen Crandy, always ended his correspondence with the following quote from Margaret Meade:
Never doubt that a small group of thoughtful committed people can change the world; indeed, it's the only thing that ever has.

Please Note:
This site is provided as a service to our visitors. Any service or product provider
lists are for reference only. FEAT neither endorses nor promotes any product or
service listed. Verification of qualification and current license are the
responsibility of persons seeking service.

Our mission is to provide information on treatment resources for families with children diagnosed with autism, autism spectrum disorder (ASD), and related disorders. 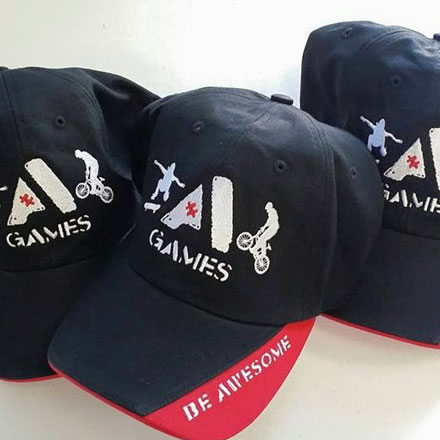 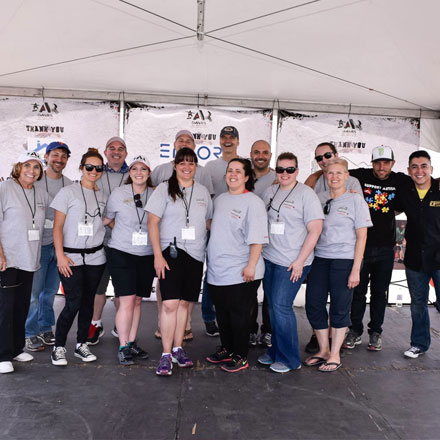 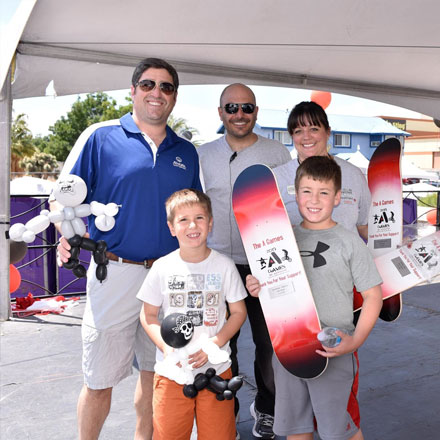 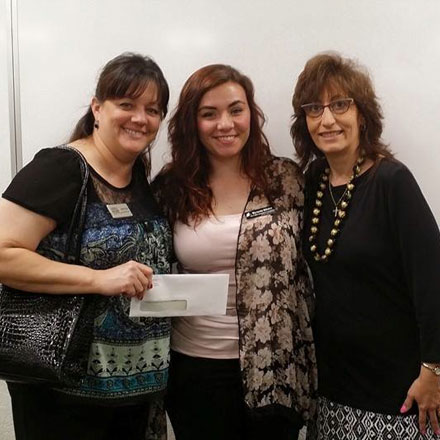 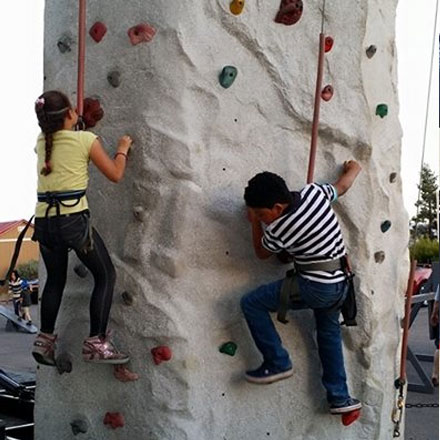 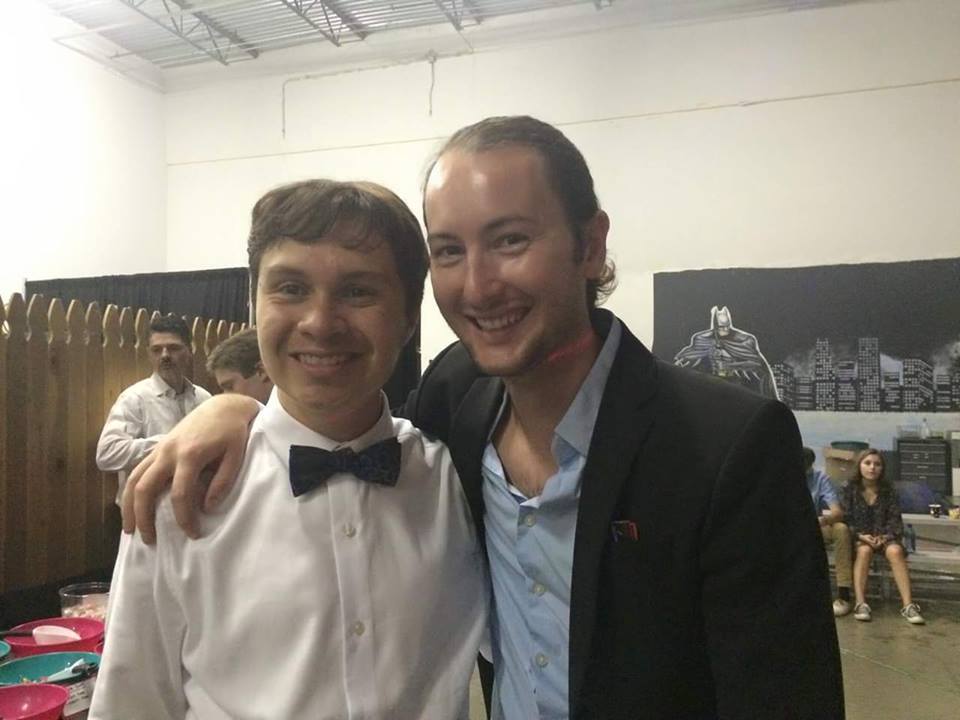 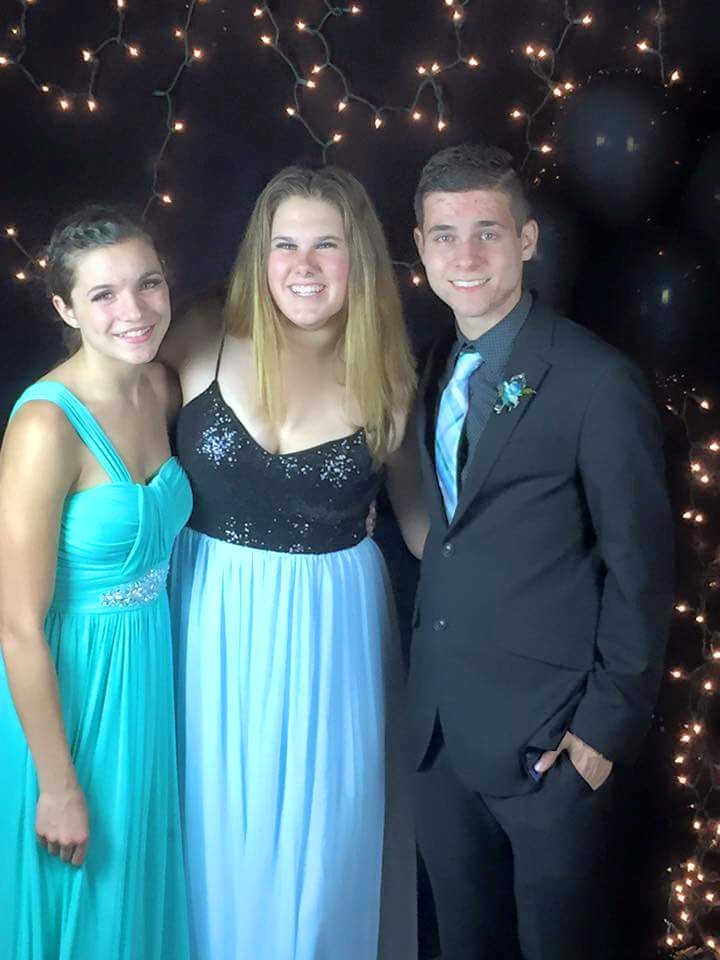 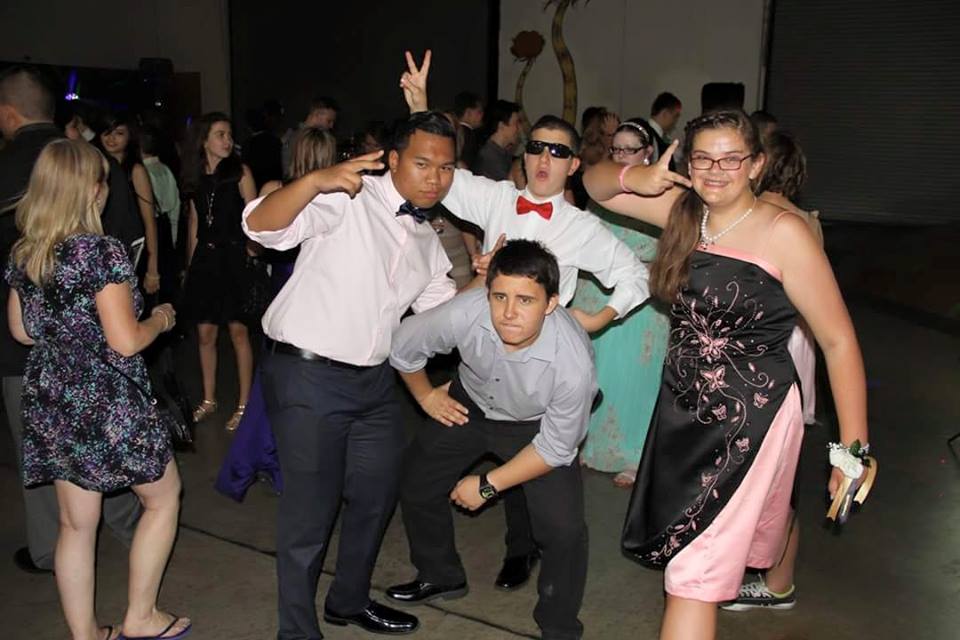 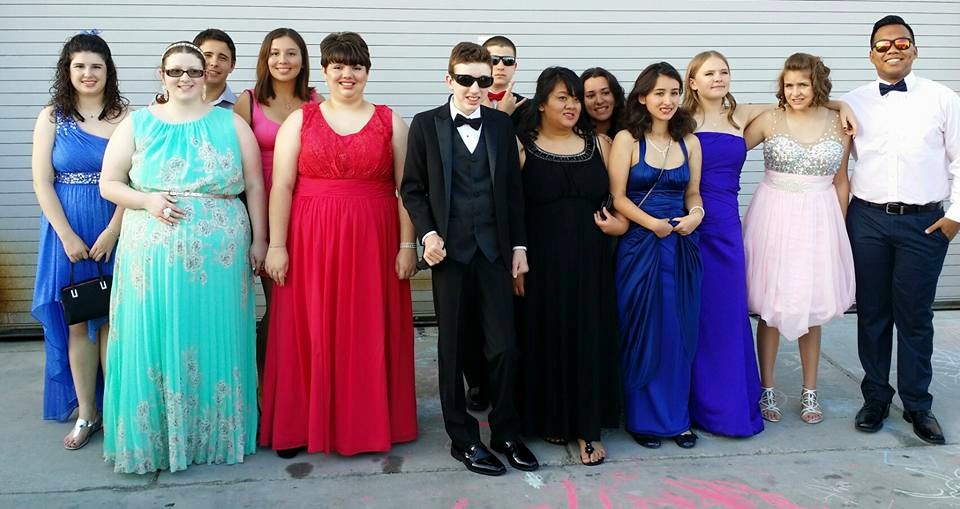 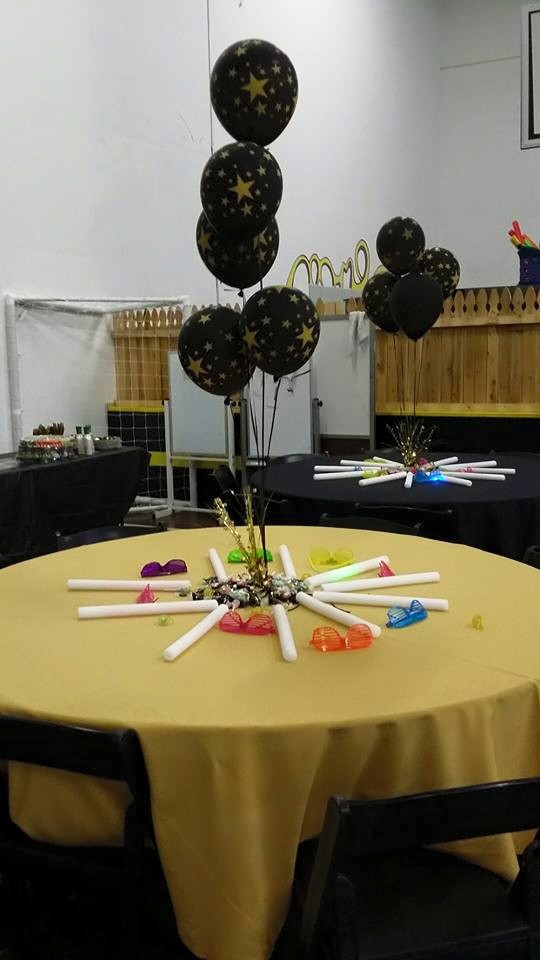 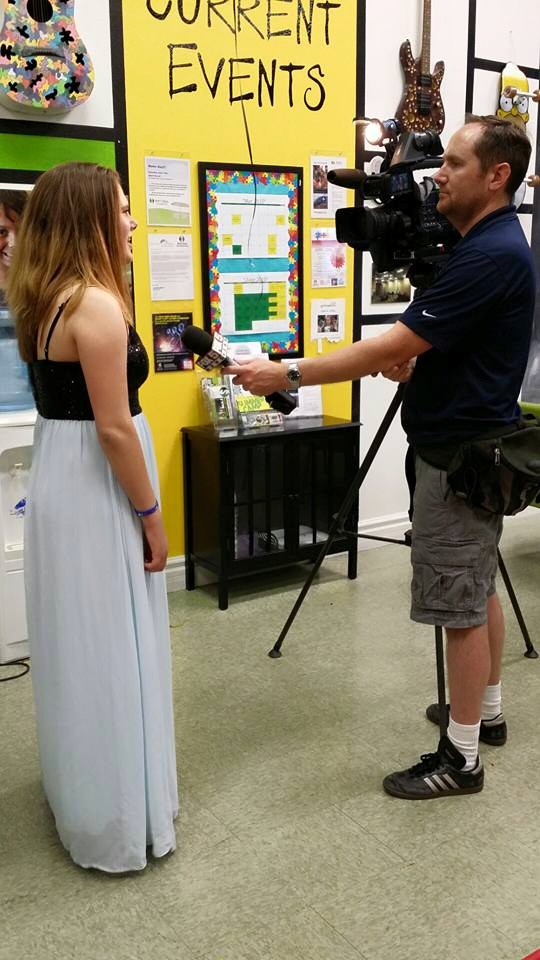